This is by far the simplest mod I ever made and it can be replicated with only the parts out of the Ender-3 S1’s box. It consists out of two 3D printed parts which can be printed out of regular PLA and take approximately 1.5 hours to print. It can be mounted with the screws used to mount the extruder and it doesn’t require inserts or nuts. What I didn’t show in the video was that the little notches which fall in the screw holes of the extruder itself need to be cut to size like in the picture below. 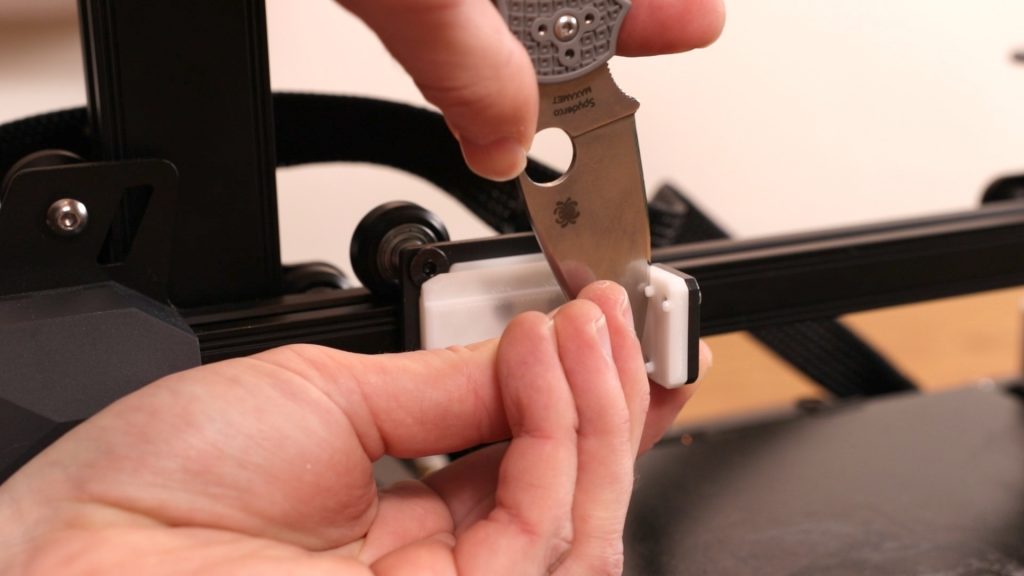 I also added a bit of lubricant to make it slide better.

The video I made of this modification:

PROPER PRINTING PROVIDES THE SOFTWARE AND DESIGNS TO YOU “AS IS” AND WITHOUT WARRANTY OF ANY KIND, EXPRESS, STATUTORY, IMPLIED OR OTHERWISE, INCLUDING WITHOUT LIMITATION ANY WARRANTY OF MERCHANTABILITY, FITNESS FOR A PARTICULAR PURPOSE OR INFRINGEMENT. NO ORAL OR WRITTEN INFORMATION OR ADVICE GIVEN TO YOU BY ANY PROPER PRINTING EMPLOYEE, REPRESENTATIVE OR DISTRIBUTOR WILL CREATE A WARRANTY FOR THE SOFTWARE, AND YOU MAY NOT RELY ON ANY SUCH INFORMATION OR ADVICE.

On a less formal note: Don’t hold me responsible when you destroy your printer or set your house on fire.

I used PLA to show that it’s possible to do the mod with only the parts out of the box. Other (stronger) materials might be better, but aren’t required. The right print orientation is as shown in this picture: 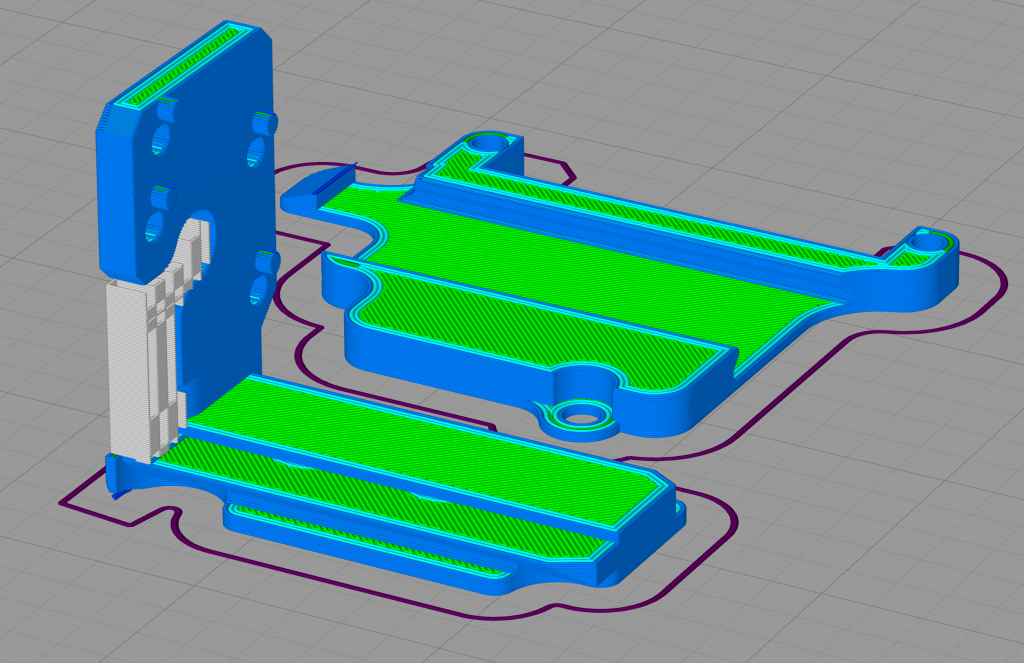 Because it uses an automated bel leveling sensor, you can just continue on printing the next part!

As I’ve shown in the video you can add your own custom hardware to it. I haven’t done that myself yet, but I reverse engineered the connector which can be used to create your own hardware. Bear in mind that the connector has a 2mm pitch so if you’re going to use a prototyping board, buy one with this pitch. This is less common. This is the pinout of the connector: 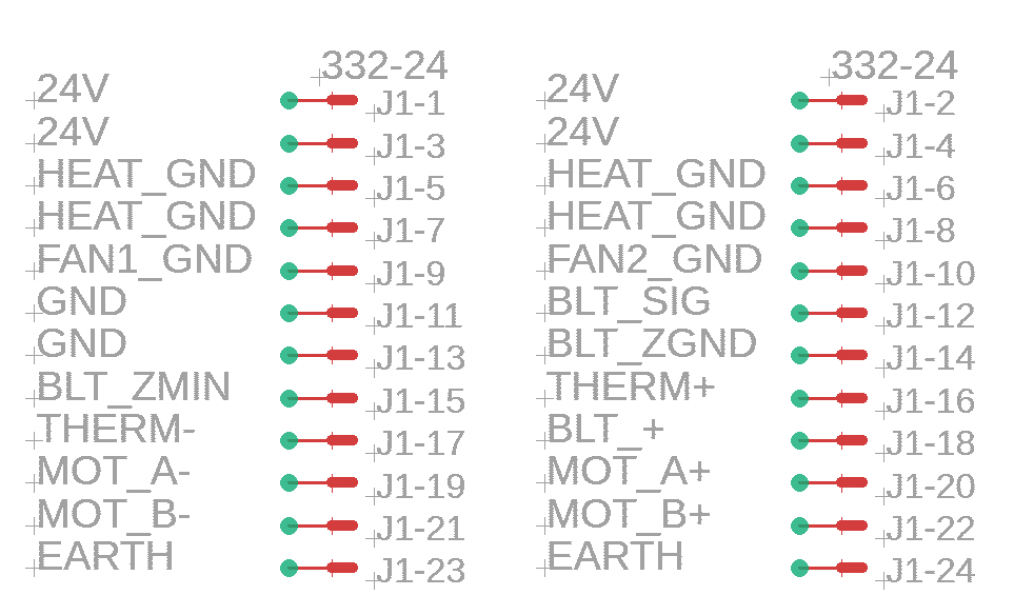 I started making a board in Eagle, but I haven’t finished it. If you need more information, or if something is not correct, don’t hesitate to contact me!